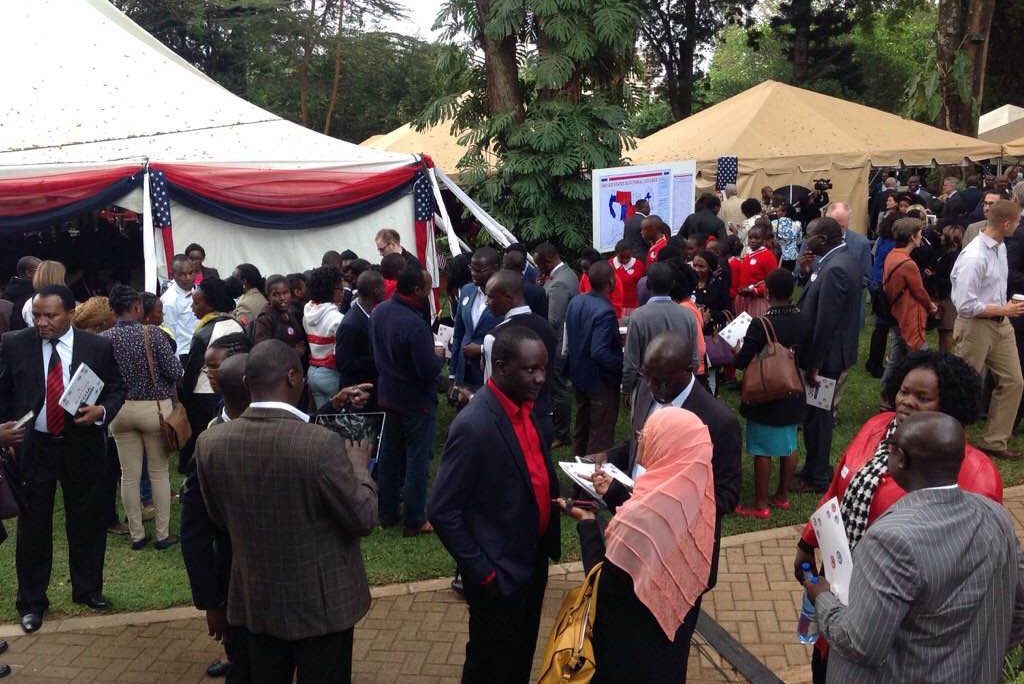 Speaking Through Our Vote: U.S. Election 2016

Good morning.  On behalf of my wife, Lori, the entire mission, and myself thank you for coming.  Many of you have been here since before sunrise today.  It is an honor to share this moment with you.  An extraordinary moment when the American people are deciding their future. We, of course, continue to wait for the final result in our presidential election.

But I do want to congratulate the many other candidates across the United States who won their races.  And, I want to thank the American people at home and abroad who exercised their Constitutional right to vote.

Over the past year many of you, along with Americans at home and around the world, watched speeches, rallies, and debates by the candidates.  We saw media reports and followed the polls.  We had a free and open exchange of ideas on the future of our country.

Now, after our “national dialogue” the American people are speaking through their votes.  Soon, we will congratulate the winner, and as we do we will renew our faith in our democracy.  With this election, a new chapter begins for our government.  But while the election brings change, what does NOT change is our faith in our Constitution, the rule of law, and our strong institutions.

It’s been called “the American Experiment.”  In the beginning, critics predicted its imminent demise.  In some ways, it didn’t start well.  At first, only white male property owners could vote.  We held people in slavery.  States were often bitter rivals, and, during a bloody civil war, enemies.  Over time, however, through the sacrifice and hard work of great Americans such as Susan B. Anthony, Martin Luther King Jr., and many others, all Americans came to enjoy the fundamental rights and essential freedoms that once were held by only a few.  For 240 years, through starts and stops, trials and tribulations, the “American Experiment” has endured and prospered.

And, now, we celebrate another successful election.  There are some, of course, who would wish for another result in one race or another.  One ballot never settles all differences.  Democracy is a constant work in progress.  But as the great American historian Shelby Foote once said, “Americans like to think of themselves as uncompromising. [But,] our true genius is for compromise.  Our whole government is founded on it.”  This was a difficult, contentious election.  But, once all the results are in, Americans will recognize and accept the decision reached in a democratic poll.  We will welcome our next President and look forward to a bright future.

As we stand here together I would like to turn for a moment to another election.  Next year Kenyans, too, will cast their ballots.  It will be your second election under your remarkable 2010 Constitution.  Ensuring it is free, fair, peaceful, and credible will strengthen Kenya’s democracy, deepen prosperity, and advance security.

As I have often said, “Kenya is a great country.  Kenyans are a great people.” I’ve seen you prove it time and again.  I have crisscrossed your beautiful land and spoken with thousands of people.  I have seen the strength, talent, and genius of the hard-working Kenyan people.  I have heard your dreams, your plans, your hopes for your country, for your families, and for yourselves.

A successful election requires, too, that all Kenyans come together and take responsibility.  Government officials, politicians, business people, religious leaders, civil society representatives, all Kenyans.  Everyone should come together and take responsibility to address squarely hard issues such as ending the scourge of corruption and bridging the ethnic divide.  Everyone should seek to resolve deep differences through open debate and the ballot.  And, everyone, no matter their tribe, gender or party, should utterly reject violence and those who call for violence.  All Kenyans should come together to work to realize the possibility of this great country through peaceful dialogue and the vote.

As a friend, the United States will help.  We are contributing more than 2.5 billion Kenyan shillings (25 million dollars) to support your next election.  Our assistance will go to strengthening the IEBC, aiding election observers, providing voter education, and advancing peace.  But, while we can help, this will be your election.  You alone will choose your leaders.  You alone will decide your future.

The American Declaration of Independence is a clarion call to democracy.  It makes clear that governments derive their just power from the consent of the governed.  This is not only an American value.  It is a universal value.  It is a value that binds us together – Americans and Kenyans.  As we mark the American election that just took place, we look forward to the Kenyan election.  As Kenyans have stood with us, so we will stand with you.  Americans will walk hand in hand with all Kenyans who seek to make your election free, fair, peaceful, and credible.

Thank you for joining us today.