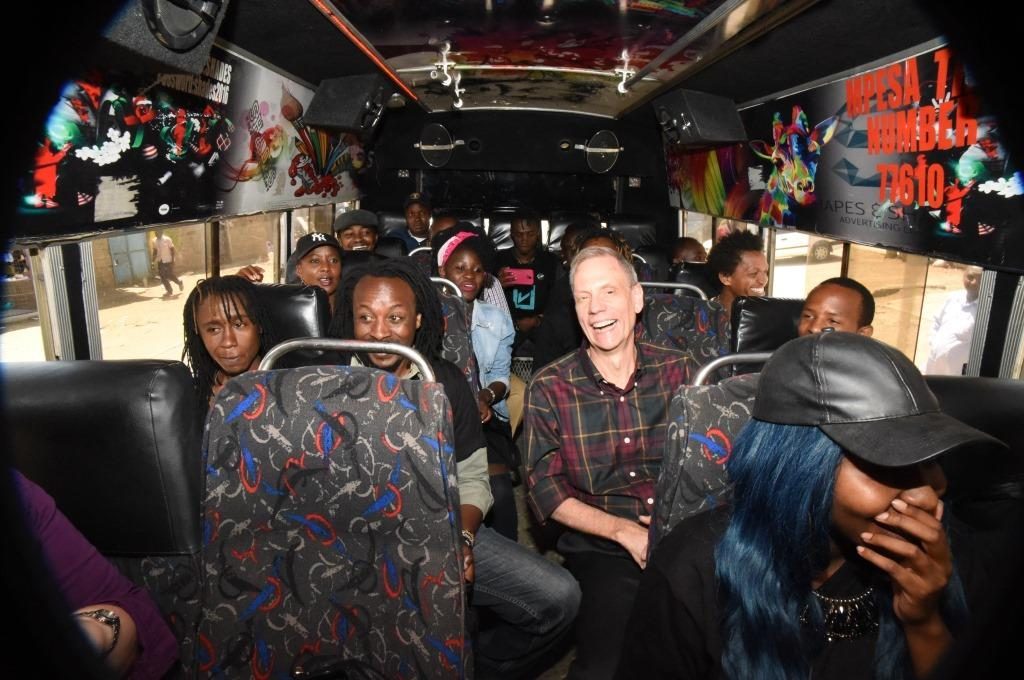 Ambassador Robert F. Godec urged Kenyan’s to register and vote in their next election in August. He was speaking in Kariobangi on a #niShowPower voter education campaign in early February.

“Only Kenyans will make a decision on who will be their leader. We, however, do support and encourage voter participation,” he said.

Ambassador Godec also visited a local band, SARABI and engaged with them on a wide range of issues affecting the youth. “Youth need to make a commitment to use their power peacefully. A commitment to reject violence, and those who would call for violence. The future doesn’t just depend on who wins the election; it also depends on how the elections happen. So show the world what the youth of Kenya can do. Show them you can stand up, and shape your democracy and your future. Show them you support peace and democracy.” He later took a Matatu ride with Sarabi, performing artist Dela Maranga, and a group of youth to an Independent Electoral and Boundaries Commission (IEBC) voter registration center in Kariobangi South on a voter education campaign.

Ambassador Godec’s participation provides an opportunity for the youth in Kenya to see that the U.S. supports them in their efforts to participate in the democratic process of free, fair, peaceful, and credible elections in 2017. See the video from the event: https://youtu.be/U_mnA0z8UAg