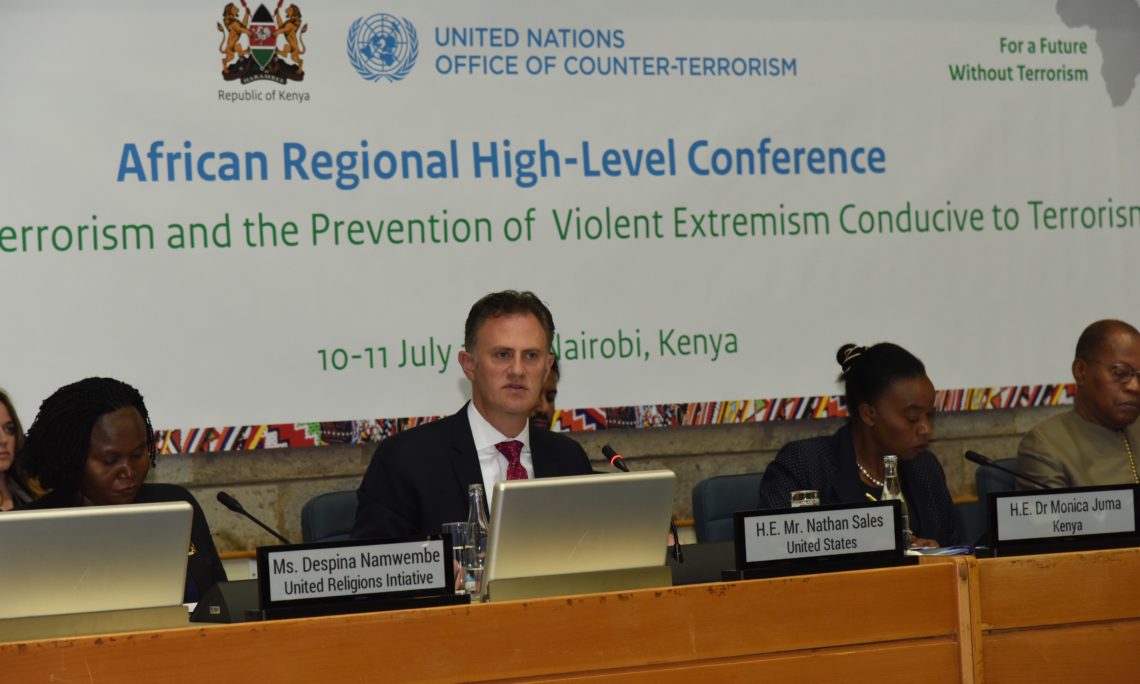 Innovation, Lessons Learned and Staying Ahead of the Threat

Ladies and gentlemen, this conference comes at a critical moment.  The terrorist threat in Africa is real and growing.  But, so too is the community of nations mobilized to defeat it.  I would like to share with you how the United States views the current threat and the steps we are taking to work with African nations to tackle this scourge.

Let me start with the threat.  Together with our partners in the Global Coalition to Defeat ISIS, we’ve destroyed the fraudulent caliphate in Syria and Iraq.  But we know that ISIS sees its losses as a setback, not a defeat.  It seeks to continue the fight from its regional affiliates – including here in Africa.

ISIS is now a threat to the entire African continent, from North to South and East to West.  Groups like ISIS-West Africa, ISIS-Greater Sahara, ISIS-Somalia, ISIS-Sinai, and ISIS-Mozambique have conducted attacks in Bamako, Cairo, Ouagadougou, and Sousse to name just a few.

ISIS-West Africa recently attacked Gubio, Nigeria and claimed to have killed 20 Nigerian soldiers.  This followed an attack on a Governor’s convoy last February, in which the group killed 42 people.  In May, ISIS-Greater Sahara claimed responsibility for attacks near Koutouwali prison, which killed 40 soldiers.

While the world has understandably been focused on ISIS, al-Qa’ida has quietly reconstituted itself.  Today’s al-Qa’ida relies on an international network that rivals that of ISIS in terms of its geographic scope, capability, and intent.  And it is active here in Africa.

For example, the AQ-affiliated JNIM aims to establish an Islamic state in Mali, while targeting Western and local interests in West Africa and the Sahel.  It has claimed responsibility for attacks in Mali, Niger, and Burkina Faso.

In Somalia, al-Shabaab continues to plot and launch attacks that kill innocents and threaten countries throughout the region.  That includes Kenya, as we saw with the attack in January on 14 Riverside Drive.

So what are we doing to address these threats?

Over the past two years, the State Department’s Counterterrorism Bureau has provided nearly $280 million to build the capacity of our African partners in four critical areas:

(1) improving law enforcement’s ability to respond to and mitigate terrorist attacks, and building capacity on terrorism investigations and prosecutions;

(3) constraining terrorists’ ability to raise and move money; and

We see this assistance as an investment.  We want to work with our African partners to help boost their capabilities so they’re able to defeat the terrorist threats they face on their own.  This assistance is also an investment in stronger bilateral relationships between the United States and the countries of Africa.  Security enables deeper partnerships, including cultural exchanges and economic ties.

Let me provide some specific examples of what we are doing to help.

As the terror threat evolves, the United States is investing significant resources across Africa to improve partners’ law enforcement capacity at every level.

We support our partners’ ability to counter terrorist attacks by training tactical crisis response teams.  In Mali and Kenya, these U.S.-trained teams were tested in actual terrorist attacks, ably responding to assaults on the Hotel Kangaba and 14 Riverside Drive.

In Somalia, U.S. support of the Joint Investigative Teams has led to the conviction of more than 100 terrorists.  That includes those responsible for the October 14, 2017 bombings in downtown Mogadishu which killed nearly 600 people, including several U.S. citizens.  It was the deadliest terrorist attack in the world that year.

The United States also supports Resident Legal Advisors to provide training and case-based mentoring to prosecutors, investigators, and judges.  We have RLAs in Burkina Faso, Cameroon, Kenya, Niger, Senegal, and Tanzania, and we plan to add one in Mali as well.

We are contributing to the UN’s Countering Terrorist Travel Programme, which will help states implement their PNR obligations.  We urge countries represented here today to take advantage of this important program.

We’re also pushing for the development of an ICAO standard on PNR by the end of the year to help countries implement their UNSCR 2396 obligations.

We’ve provided advanced passenger and baggage screening equipment – paired with training and mentorship – in Djibouti, Ethiopia, and Kenya.  We hope to bring this program to Senegal soon.

In Libya, Mali, Niger, and Nigeria, we’re extending INTERPOL’s I-24/7 information sharing platform.  We don’t just want this important tool in capitals, we want it on the front lines – in air, land and sea ports of entry.  Border guards need the ability to screen travelers against INTERPOL databases to prevent terrorists from travelling undetected.

We’re working with the Somali Police Force to pioneer the use of deployable, cutting-edge biometrics devices to help law enforcement rapidly identify and share information about terrorists.

Countering the Financing of Terrorism (CFT)

We use a comprehensive public/private approach to help partners cut off financial flows to terrorists.  This work is drying up the resources available to groups like al-Shabaab and ISIS, and ultimately is making it harder for them to operate.

We recently launched the East Africa Counterterrorism Finance Initiative.  This initiative, which includes Djibouti, Ethiopia, Kenya, Uganda, and Tanzania, is designed to improve domestic and regional coordination in the prosecution of terrorism finance crimes.  While still in its early stages, this program is laying the groundwork for our partners to fight terror financing across their borders and throughout the region.

Finally, it isn’t enough for us to lock up terrorists, or prevent them from traveling, or deny them resources.  We also need to defeat their ideas.

Looking ahead, we need to broaden our efforts to include religious, education and youth actors to help contest destructive terrorist ideologies.

The United States has supported programming to prevent terrorist radicalization and recruitment across Africa.  We’re supporting women community leaders to recognize the signs of radicalization.  We train civil society groups to counter terrorist narratives.  And we’re supporting the rehabilitation and reintegration of terrorism’s foot soldiers back into their communities.

With support from the United States and Norway, the Strong Cities Network (SCN), brings together more than 125 local governments across six continents to share good practices on countering terrorist radicalization and recruitment.  This includes Kenya’s Mombasa County, which worked with SCN to implement its CVE action plan.

We’re encouraged that a number of African cities have joined SCN since its inception.  We’ll be supporting upcoming exchanges over the next few years, with a particular focus on East Africa.

To conclude, the terrorist threat is evolving and we must adapt as well.  It’s no secret that ISIS and al-Qa’ida are expanding on the African continent, where they aspire to conduct even deadlier attacks.  This conference is an important opportunity to take stock of our joint efforts in the region, and identify ways to sharpen our focus on Africa.

In the same vein, the D-ISIS Coalition recently agreed to explore ways to improve counterterrorism coordination across Africa.  We hope to convene a special meeting this autumn.

Thank you again for the opportunity to address you today.  I look forward to continuing our discussions to advance our shared counterterrorism objectives in the region and globally.