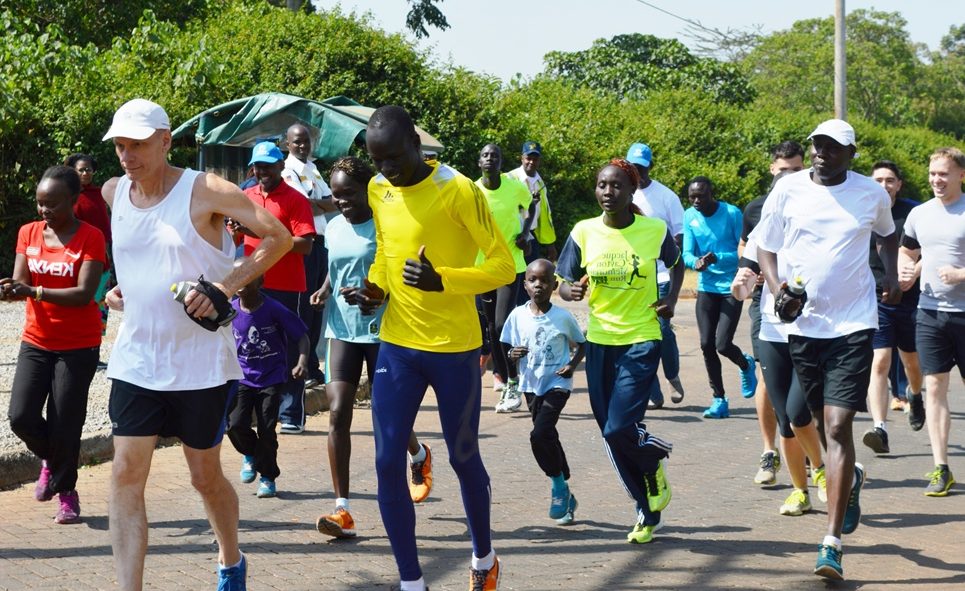 Ambassador Godec runs with community members and members of the Refugee Olympic Team.

Ambassador Godec Runs with Members of the Refugee Olympic Team

Since 1896 when the Olympics began, over 200 national teams have competed for the gold medal.  This year, the International Olympic Committee has announced a team of refugees will compete as well.  This Refugee Olympic Team is composed of two swimmers from Syria, two judokas from the Democratic Republic of Congo, a marathoner from Ethiopia and five middle-distance runners from South Sudan.  U.S. Ambassador to Kenya Robert F. Godec had the privilege of running with the five runners as they train in Nairobi.  Members of the U.S. Embassy Nairobi community also joined the run and got a chance to meet the athletes.

“I am so impressed with these athletes.  I know they can get the gold in Rio.  We will be rooting for them from Kenya!” said Ambassador Godec.

After fleeing the fighting in South Sudan and living in refugee camps in northern Kenya for years, Yiech Pur Biel, James Chiengjiek, Anjelina Lohalith, Rose Lokonyen and Paulo Lokoro will go for the gold in the 2016 Rio Olympics.  They are symbols of courage and perseverance for all, and U.S. Embassy Nairobi wishes them the best of luck!