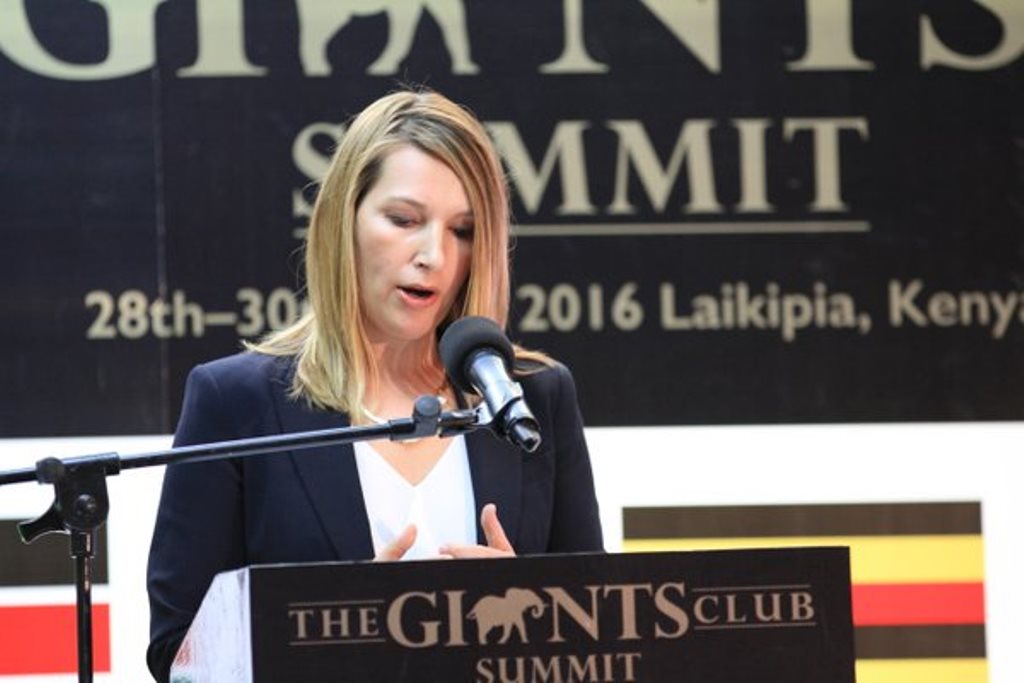 by Deputy Secretary for Management and Resources Heather Higginbottom

Good evening your excellencies, ladies and gentlemen. Thank you, President Kenyatta, for hosting this inaugural Giants Club Summit and for Kenya’s tremendous leadership on wildlife protection. During his visit to Kenya last July, President Obama underscored our close partnership in the fight against poachers and traffickers. We commend the members of the Giants Club, and all of you who support its mission, for your commitment to protect the continent’s elephants and rhinos. This summit, which precedes the largest public ivory destruction ever, sends a clear signal to Kenyans, to the region, and to the world that the devastating impacts of poaching and illicit trade will not be tolerated. Wildlife trafficking threatens security, undermines the rule of law, fuels corruption, pushes species to the brink of extinction, contributes to the spread of disease, and hinders economic development – particularly for local communities.

In 2013, in the face of the escalating scale and intensity of poaching and the illegal wildlife trade, and the increased awareness of the growing links to organized crime and militant groups, President Obama created a Task Force on Wildlife Trafficking to develop and implement a U.S. strategy to end these activities. Implementation is well underway. The U.S. government is strengthening law enforcement domestically and internationally, working to reduce demand for ivory and other illicit products, and building international partnerships.

Last September, President Obama and President Xi Jinping of China jointly committed to enact nearly complete bans on ivory import and export, and to work to halt the commercial ivory trade in our countries. I am pleased to report today that we are nearing completion of that pledge and expect to have a near-complete ban in place in the next few months.

In addition, the U.S. government encouraged the creation of the U.S. Wildlife Trafficking Alliance, a coalition of companies, non-profit organizations, foundations, and media interests that works to change consumer behavior through films and public events. And, we have held two recent ivory crush events – including one in New York City’s Times Square.

We must also reduce the supply of ivory to illicit networks. We are partnering with African countries to reduce supply. Here in Kenya, we are supporting community conservancies through the Northern Rangelands Trust with a new $20 million award, as well as a new $4 million program in the Masai Mara with The Nature Conservancy Association. The community conservancy model in Kenya is extremely effective: in the Northern Rangelands Trust-supported conservancies, elephant poaching was reduced by 46 percent over a two-year period.

The U.S. government is the largest bilateral donor to the conservation sector in Kenya with over $40 million supporting biodiversity and wildlife conservation. And we are pleased to announce that this year, USAID anticipates awarding a substantial new program with the Kenya Wildlife Service.

These efforts, along with many others, are making a difference. We know that potential consumers of trafficked wildlife products are more aware of the devastation caused by such purchases, and are beginning to turn away from them. This success has driven down the price of ivory in China by almost 50 percent in the past two years. The global community, from the African Union to ASEAN and the G7, has committed to fighting poaching and illicit trade. And last September, 200 countries agreed to the Sustainable Development Goals, pledging to take urgent action to end trafficking of protected species and to address both the demand and the supply of illegal wildlife products.

That is real progress. But demand for ivory and rhino horn persists, and these animals – with their intrinsic and economic value – risk extinction. We must maintain our resolve and continue to work together. Thank you.