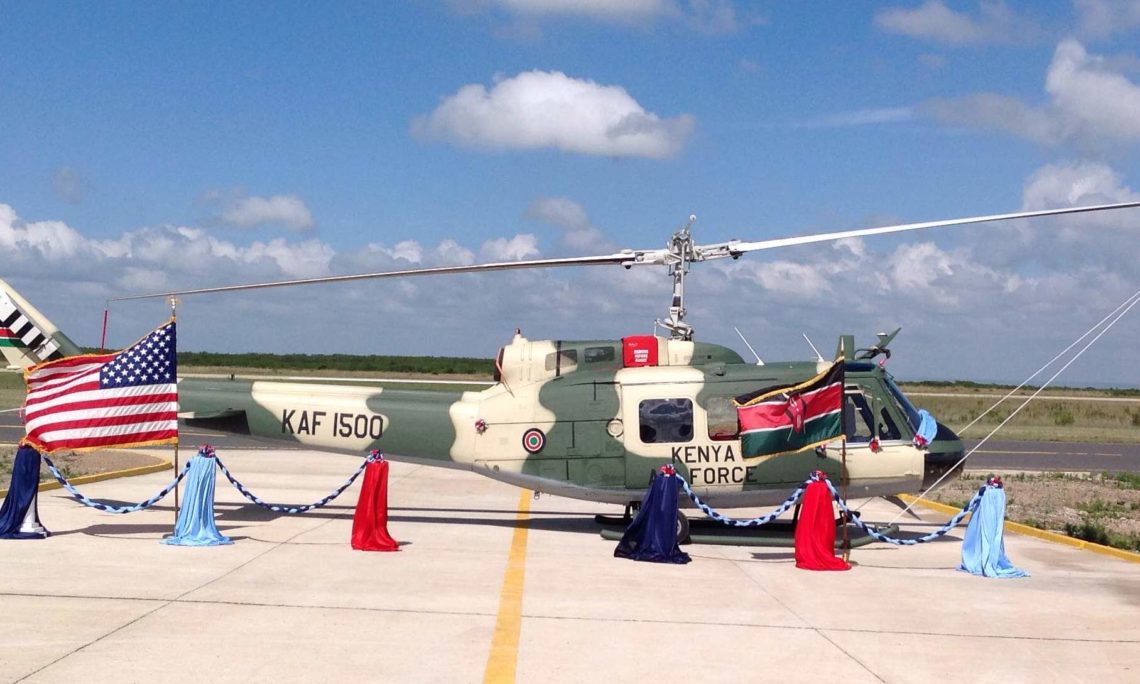 The Huey II helicopters will bolster the KDF’s capacity to combat al-Shabaab, an effort that will bring more stability and peace to East Africa.  These helicopters have the exceptional capacity to operate in hot and high-elevation environments, while being rugged enough to endure extended operations with minimal maintenance. They will reinforce the KDF’s air assault capability to deploy Kenyan Rangers and other quick reaction forces.  They will provide the KDF with the capacity to deliver much-needed supplies to the front-line and to help save the lives of troops with vital medical evacuations.

U.S. Ambassador Robert F. Godec said, “Our military cooperation with Kenya is one of the deepest and most important security relationships for the United States in all of Africa.  We work to build our mutual security and peace throughout the region so that both of our countries are safer and more secure.”

The United States stands with Kenya in the fight against terrorism and is proud to have provided over 11.5 billion KSH ($115 million) in military equipment and assistance to the Kenyan military in the past year alone.