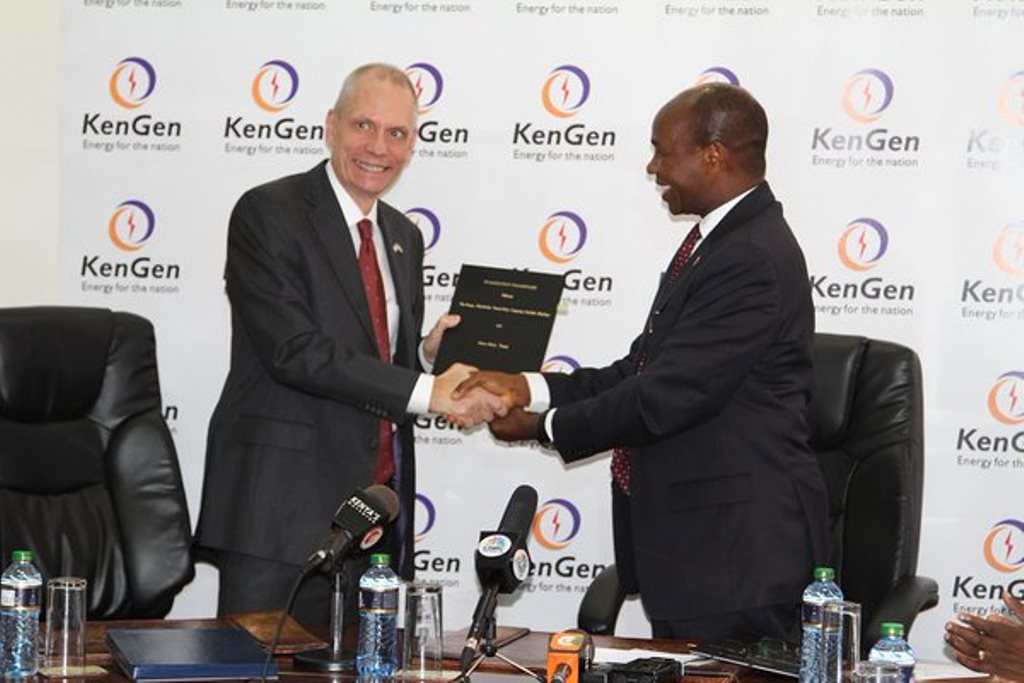 I am very pleased to be here today to help launch this important partnership between the Kenya Electricity Generating Company Limited, KenGen, and the U.S. Power Africa initiative, which seeks to bring 2,500 megawatts of low-cost, clean power on line in Kenya over the next ten years.

In June 2013, President Barack Obama launched Power Africa, a partnership between the U.S. Government, African governments, bilateral and multilateral development partners, and the private sector with an ambitious, but important, goal:  to double access to electricity across sub-Saharan Africa.

To meet this goal, the United States and its partners recognized the public and private sectors would need to work together to, essentially, reinvent energy development in Africa.  Today, Power Africa comprises a diverse coalition of more than 120 public and private partners, who collectively have committed to investing an estimated $43 billion in Africa’s energy future.  Together, they have identified a clear path to success and have set a goal to deliver 60 million connections and 30,000 megawatts of clean energy.

Building on over 50 years of collaboration with the U.S. Government, Kenya was one of the first countries to sign a cooperation framework with Power Africa in 2014.  This framework directly supports the government’s “Vision 2030” of rapidly increasing electricity generation and transforming Kenya into a “newly industrialized, middle-income” country.

In Kenya, Power Africa is actively supporting a group of programs that will generate more than 1,200 megawatts of clean renewable energy.  It is working with the Ministry of Energy and the private sector to tackle some of the most pressing challenges.  We are assisting in the revising of the grid code and strengthening the management of new intermittent renewable energy resources.  We are also developing new models to attract domestic and international investment in geothermal, wind, and solar – all areas of great potential for Kenyan electricity production.

To further our common goals, Power Africa and Kenya’s Ministry of Energy & Petroleum launched a CEO-level steering committee to develop a roadmap to raise between $14 billion and $18 billion U.S. dollars in the energy sector financing Kenya needs to meet its energy goals; this funding will come largely from the private sector.  Today, we are celebrating a new strategic partnership to work toward those goals, and to continue the growth and evolution of one of Africa’s most successful public utilities.  KenGen is both a principal driver of Kenya’s electricity generation success story and, more importantly, an essential part of a future where Kenya’s power needs are fully met.

Our partnership will help improve KenGen’s operational efficiency.  It will assist KenGen in meeting global utility performance standards, and it will boost its overall financial stability, enhancing KenGen’s ability to deliver on-time and on-budget electricity for years to come.  The result will be increased access to reliable, clean, and renewable power for all Kenyans.

The U.S. government commits to deploy the resources of the 14 U.S. government agencies that make up Power Africa’s “Toolbox” to support KenGen development of new power generation.  These resources include transaction, financial, legal, procurement, and contracts management assistance, as well as guarantees, grants, and debt financing.  Power Africa also works with its other partners in the public and private sector to bring their resources and assistance to the table in order to further advance KenGen’s goals.

Increasing power generation by 2,500 MW in ten years is no small task, but we are confident that KenGen is up to the challenge.

We acknowledge the shared commitment and applaud the progress of the Government of Kenya in delivering on its clean energy commitments.  We look forward to continuing to work with you as KenGen grows and strengthens, and continues to expand the availability of cleaner and less-expensive power to the Kenyan people.  The United States is a proud partner in these efforts, which will help secure Kenya’s future, supporting increased economic growth and opportunity for generations to come.