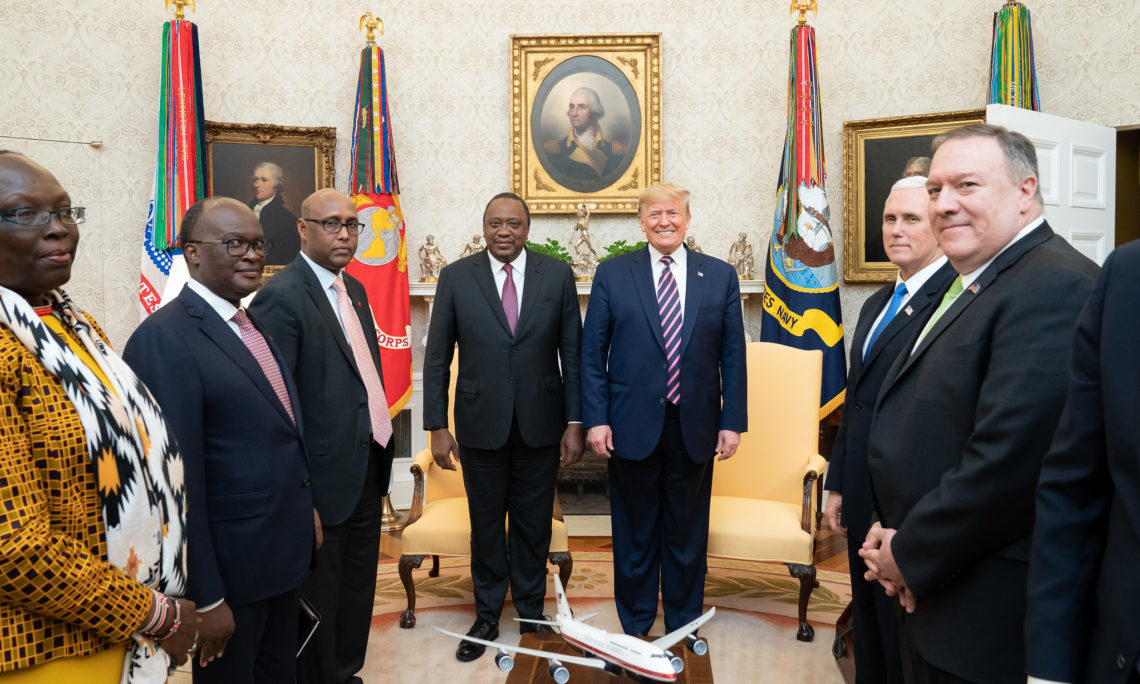 “Kenya is a recognized leader across the continent, an important strategic partner of the United States, and there is enormous potential for us to deepen our economic and commercial ties,” said United States Trade Representative Robert Lighthizer.  “Under President Trump’s leadership, we look forward to negotiating and concluding a comprehensive, high-standard agreement with Kenya that can serve as a model for additional agreements across Africa.

“We believe this agreement with Kenya will complement Africa’s regional integration efforts, including in the East African Community and the landmark African Continental Free Trade Area (AfCFTA), and the United States pledges its continued support to help the AfCFTA achieve its fullest potential.  We believe a trade agreement between the United States and Kenya will receive broad bipartisan support in Congress.”

At the direction of President Trump, Ambassador Lighthizer will officially notify Congress of the Trump Administration’s intention to start negotiations following the consultations with Congress that are required by the Bipartisan Congressional Trade Priorities and Accountability Act of 2015—often referred to as Trade Promotion Authority (TPA).  USTR will also publish notices in the Federal Register requesting public input on the direction, focus, and content of the trade negotiations.  In accordance with TPA, USTR will publish objectives for the negotiations at least 30 days before trade negotiations begin.

The announcement came while the U.S.-Kenya Trade and Investment Working Group held its third meeting in Washington this week.  The Working Group, established by President Trump and President Kenyatta in August 2018, is laying the groundwork for a stronger bilateral trade relationship.

Other outcomes of the third meeting of the Trade and Investment Working Group include the following:

Annual exports of wheat to Kenya from other regions in the United States between January to November 2019 (latest data available) were $27 million.  Kenya’s demand for wheat is expected to substantially increase in the coming years due in part to an expanding food service sector.

Trade between the two countries stands at about $1 billion a year.  Over 70 percent ($466 million in 2018) of Kenya’s exports to the United States entered under AGOA.