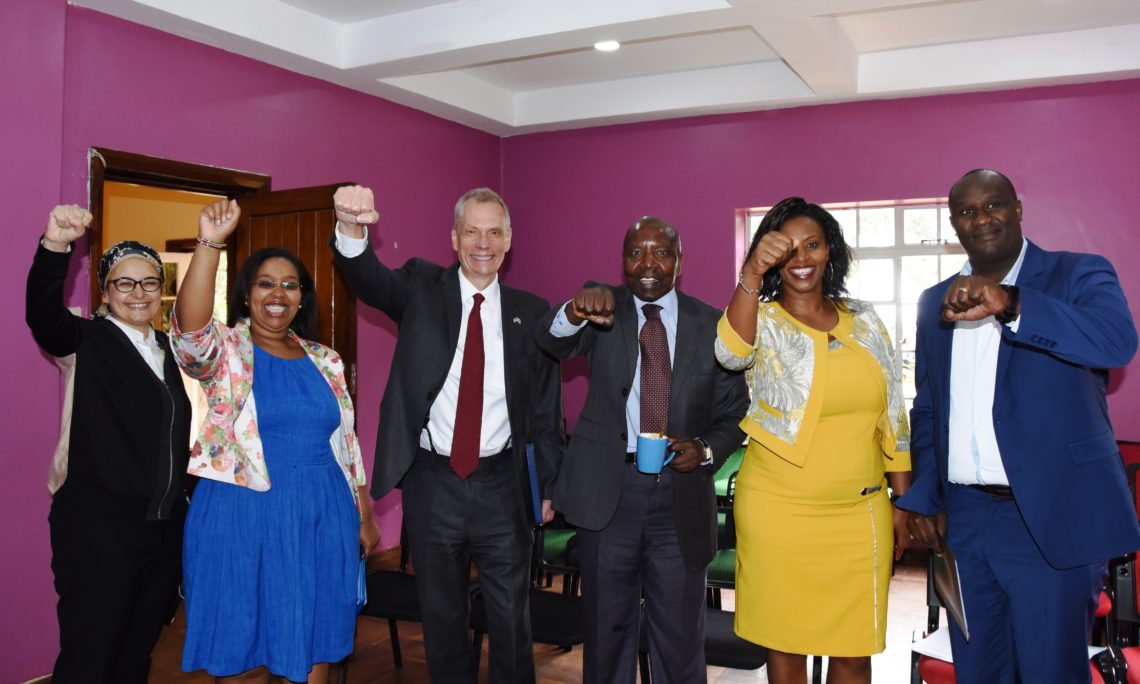 To the staff of the WECREATE Kenya Center: Happy Anniversary! And to all of you: Happy Global Entrepreneurship Week! It is fitting that we celebrate the anniversary of this wonderful center this week when we also celebrate, globally, the innovators and job creators who bring ideas to life, take risks, drive economic growth, and make life better for all of us.

It was just a year ago that WECREATE opened its doors. In the days before the opening, construction crews were frantically putting the finishing touches on this building and these beautiful grounds. Signs were being finished and hung. Inspirational messages, such as “Stop talking, start doing,” were being painted on the walls. The staff was overseeing everything from the installation of a water tank out back, to making sure the WiFi worked.

It was a time of great excitement … but also a little nervousness. At that time, we didn’t know exactly how this Center would develop. It was, and still is, the first of its kind in East Africa. We knew the idea was a good one. We knew it would fill a great need here in Kenya, empowering women by teaching them skills to build and grow their own businesses. We had confidence in our team.

But would the people come? Would the programs have the kind of impact we hoped for in the lives of the women who passed through its gates? I am pleased to say that the Center has exceeded all expectations. Since November 2015, more than 1,600 aspiring Kenyan women entrepreneurs have benefited from WECREATE’s training and mentoring. And dozens of mentors have donated their time to help these women succeed.

Beyond the numbers, the Center has had a tangible impact in the lives of these women. The skills they have learned have helped them take charge of their economic futures. They have increased their incomes, kept their kids in school, taken care of their families, and – in the process – created jobs for other Kenyans. I understand we will hear some “success stories” today from some of the women who have come through WECREATE’s programs – I’m very much looking forward to it.

In conclusion, let me again quote President Obama who said, “Entrepreneurship means ownership and self-determination. It brings down barriers and builds bridges that help us take on common challenges together. ”The challenge is … it’s often very hard to take those first steps. And it’s even harder for women and young people [who] have often been marginalized and denied access to opportunities …” For that reason, the United States is proud to partner with you to give women the opportunities to contribute to a better future for themselves and their families. Congratulations on all of your successes to date! I look forward to what the future holds for the WECREATE Kenya Center and most importantly for the women entrepreneurs that it is helping!