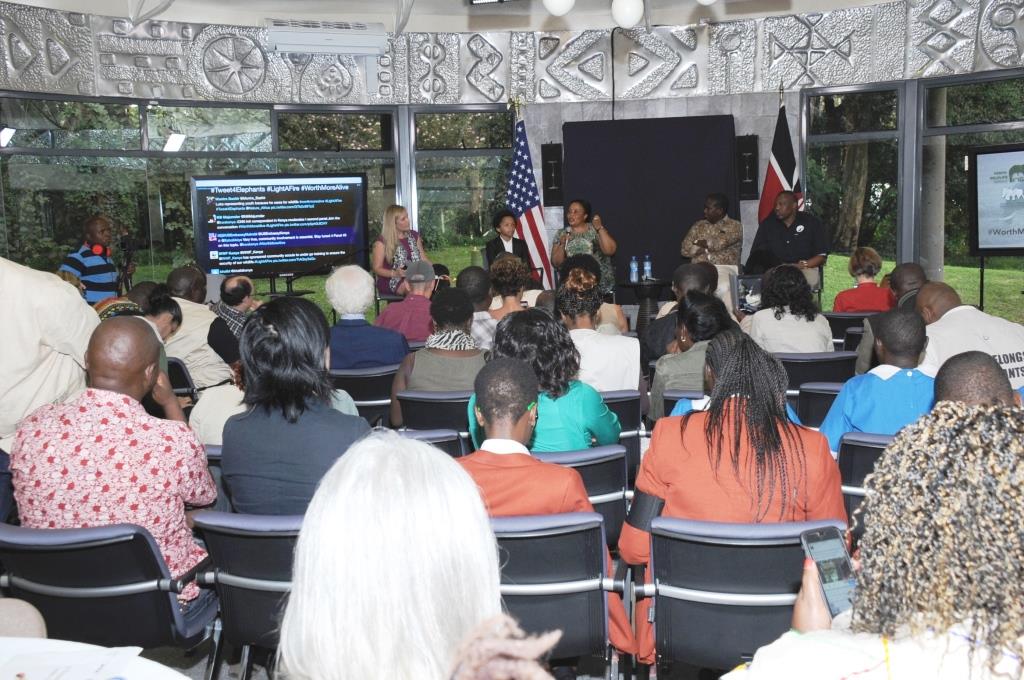 Poachers kill 100 elephants and four rhinos every day around the world, pushing the species to the brink of extinction.  Within just a few decades, these majestic animals will be gone unless the killing is stopped.  Government officials from the United States and Kenya, conservation experts, media representatives, and wildlife supporters from around the world came together to prompt a global online discussion regarding conservation efforts and to make commitments to save the world’s elephants and rhinos. The event, #Tweet4Elephants, was held at the African Wildlife Foundation (AWF) and over 100 people attended showing support for conservation efforts..

The event included 3 moderated expert panels discussing 1)why elephants and rhinos matter; 2)the progress made in the fight to save this wildlife; and 3)how commitments can ensure a better future for Africa’s wildlife.  The event was shared on Twitter, allowing an online global audience to participate using the hashtags: #WorthMoreAlive, #LightAFire, and #Tweet4Elephants.

#Tweet4Elephants acted as a call to action encouraging people to make commitments to end wildlife crime.  It generated over 677 million impressions and over 65 million unique accounts on Twitter, and it continues to gain momentum.

For information on on-going conservation efforts in Kenya and around Africa, please visit: