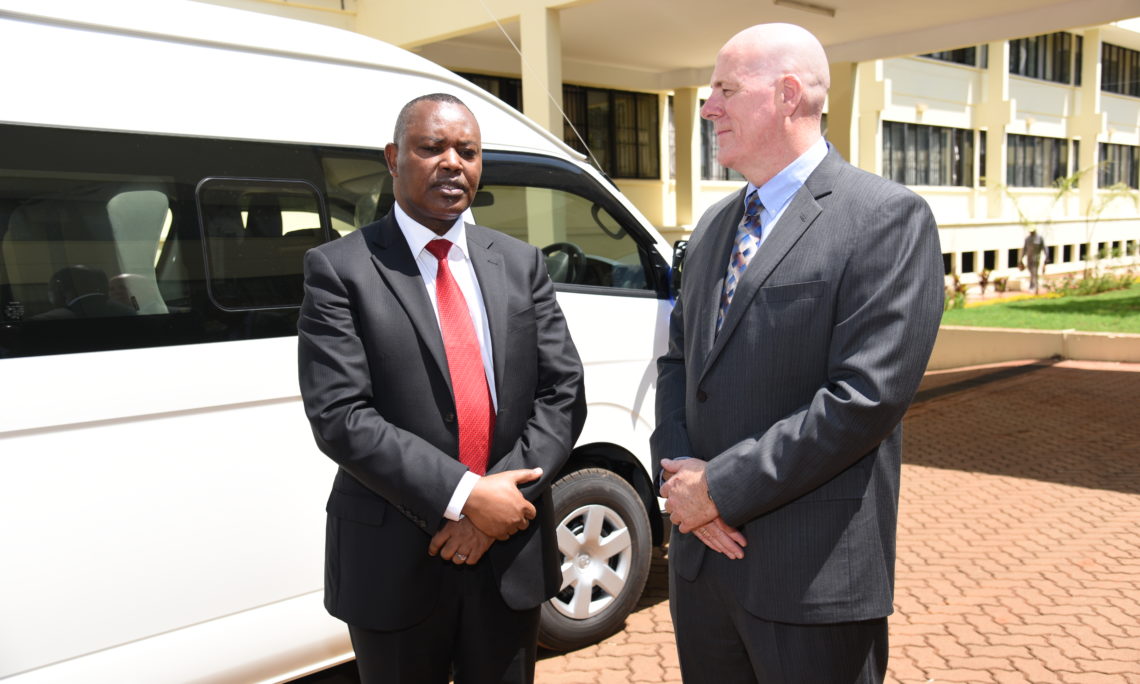 Nairobi, Wednesday, December 19, 2018– The United States government has given two vehicles to the Kenya Directorate of Criminal Investigation (DCI) to improve criminal investigations.

“The partnership between the DEA and DCI continues to flourish and has proven that, working side by side, even the most powerful drug trafficking organizations are subject to arrest and prosecution.  Together, will continue to target major drug trafficking organizations, seeking to bring them to justice through arrest and prosecution.” said Hummel.

The donation was part of an ongoing cooperative agreement between the DEA and DCI in their continuing efforts to combat drug trafficking organizations and transnational criminal organizations operating in Kenya, East Africa, and globally.