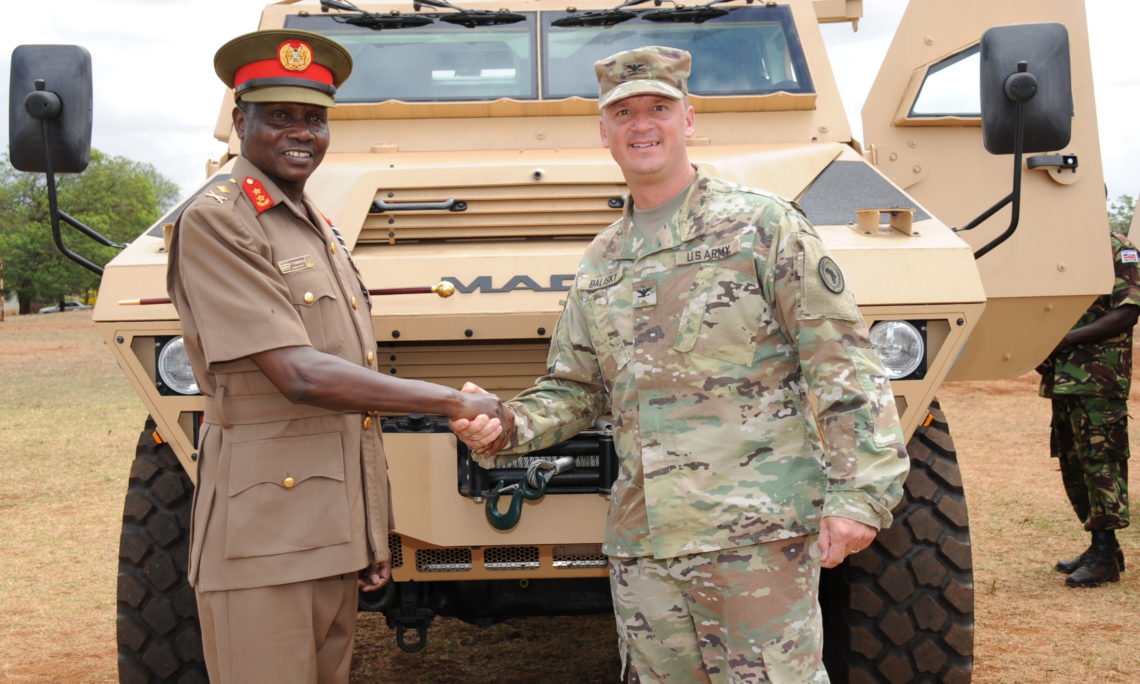 Nairobi, Monday, November 19, 2018– The United States government has given 12 Bastion Armored Personnel Carriers (APC) to the Kenya Defence Forces (KDF) to improve border surveillance. The APCs will support KDF’s efforts in the fight against extremists, including the use of improvised explosive devices (IED), along the border region. Defeating the threat of IEDs is a critical component of denying violent extremists freedom of movement.

“These vehicles represent the unwavering U.S. commitment to Kenya and our shared national security interests. As the KDF continues to conduct daily operations against violent extremism, these vehicles will enhance the mobility and force protection of their troops in harm’s way. We are proud to be friends and partners with the KDF as they secure and develop peace in the border region,” said Colonel Balisky.

The United States is currently providing a three-week train-the-trainer course for Kenya Army operators and maintainers of the Bastion APCs.